Men/women with dry hair who want to condition after shampooing.

Daxxín Anti-Dandruff Shampoo contains the active ingredient Piroctone Olamine which prevents bacterial and fungal growth. It is active against the yeast fungus Malassezia Furfur which maintains the scalp’s microflora, but which can also cause dandruff. Sebum is then not broken down into irritating residues and skin cells are instead formed at a normal rate, which means that dandruff is eradicated. Piroctone Olamine then creates a natural balance between fungus and bacteria (microflora) on the scalp. Daxxin is documented proven effective in a large blind functional test where Daxxín achieved the best test results in all measured parameters.

– Shake the bottle before use.
– Massage into hair and scalp.
– Leave on for 2-5 minutes.
– Rinse thoroughly. Avoid contact with the eyes! 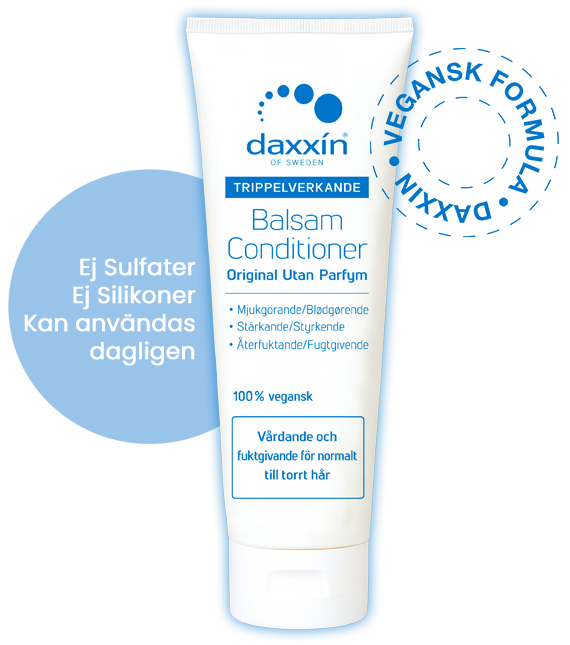 Where can I buy Daxxin?

Allderma is a Swedish pharmaceutical company that markets and distributes dermatological medicines and medical devices in the Nordic market.